A time for thick skins and challenging minds

When I started work in the 1960s, and throughout most of the rest of my Shell career, the basis of my remuneration was comparatively simple. I did a job. That job had a value to the organisation expressed as a "Grade" and that Grade had a salary range attached to it. I was paid within that salary range and then if I moved to a higher graded job I was paid more. Occasionally - very occasionally - I received a modest bonus pe 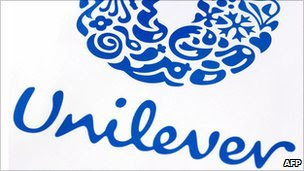 rhaps roughly equivalent to one month's salary. In addition I benefited from being part of a Defined Benefit Pension scheme to which I contributed, as did my employer. The receipts from this scheme were of course deferred until I retired and started to draw my pension - essentially this retirement benefit was remuneration deferred from my employed days. This was the traditional model common across the world of work and reflective of the then tradition of most of us having only one employer over our lifetime - and of an assumption of a duty of care on the part of the employer not just during the working years but into retirement. In the last couple of decades this model has broken down and whilst it still exists the changes in social and business attitudes of modern times have profound implications for pension fund trustees.

As I have written here before the closure of DB schemes to new entrants is in part recognition that the modern "compensation" package with, for some, its much higher and non-pensionable bonus element does not need to value pension provision so highly as in the past. It must also be true that in a period of high unemployment young people, especially graduates, are grateful for having a job offer at all - the lack of the provision of a Final Salary pension in their package is unlikely to be an issue. And for today's employers the paying of remuneration now, and with a high performance related element, seems much preferable to the creation of the long-term financial burdens that the provision of pensions for employees involves. It is also the case that the norm now is for individuals to have more than one employer over their working life - many more in most cases. Surely the norm for the future will be fully transferable money purchase pensions schemes rather than the DB (or DC for that matter) scheme based on a "single lifetime employer" assumption. So what is the Trustee role when a company decides to close a scheme to new entrants i.e. to change the basis of its compensation offer? I would argue that it is minimal. Trustees should certainly question a sponsor as to whether such a decision is in any way a weakening of the sponsor covenant. But that it about it - the Trustees duty of care is to scheme members and by definition an employee outside the scheme is not a member.

But, of course, it is not just the closure of schemes to new entrants that is underway at the moment. Take, for example, Unilever's recent decision to close its final salary DB scheme to further accruals. Although pensioners and those close to retirement age will not be affected (or will only be slightly disadvantaged) for the employee in mid career the decision must have come as a bombshell - after all this is a company that made over £5billion profit last year. As the Pensioners' Alliance Chief Executive said "This is pretty bad news for someone at Unilever who is in their mid 40s and had expected a certain level of Pension". Indeed it is! As recently as October 2010 the Chair of Trustees of the Unilever Fund said to the fund's members, in good faith I'm sure, "… it is our ongoing belief that Unilever has a strong commitment and ability to support the [Pension] Fund into the future"!

It is in circumstances like those at Unilever that the role of the Trustee becomes crucial and the need for independence of thought and attitude becomes paramount. Similarly if a Private Sector scheme decides to follow its Public Sector cousins and opt for the use of CPI rather than RPI for annual increment increases for pensioners, as some quite large schemes have done recently, the Trustee must challenge the rationale for the change and ask for alternatives to be considered. Easier said than done if you have a powerful sponsor determined to make a change.

Arguably the role of the Pension Fund Trustee has never been more important than in these febrile times. Thick skins and challenging minds required!